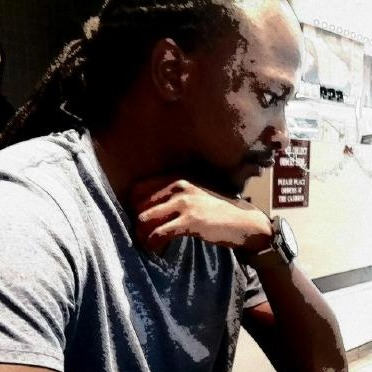 Hi, my name is Qawelesizwe Mlilo (or Que). I'm a Lead Developer at a UK based Startup working remotely. This blog is about my programming (adventures || misadventures).

How I built my static blog engine

About 2 years ago, after getting frustrated with the bloat in WordPress, I decided to roll out my own static blog generator. That static blog generator, named Node Blogger, still powers my blog today. In this post I would like to share with you how I built it and how it works.

The idea that I had was that I would write a post in a markdown file, convert it into a html file, then serve the html file through a Node.js web server. To get started I listed all my requirements:

With this information in hand I started doing some research which led me to come up with the following algorithm:

From the onset I decided that everything would run from the terminal because of its simple interface which meant I would not spend a lot of time designing the UI.

For capturing data I wrote a small module called simple-prompt which is a simplified commandline prompt.

Since this was going to be a static blog generator the best place to store data was in a json file. posts.json became my pseudo database. The script that generates html files loops through posts.json to find the corresponding markdown files. It is also used determine the order of posts.

I recently added a dynamic tags filter which reads posts.json and only brings up posts that contain the filtered tag.

The blog required 2 templates, one for the index page and the other one for the posts. I decided to write the templates in EJS because of its simplicity.

The idea for the sitemap was that it would be created/updated every time a new post was created. So when you run the command for creating html files also executes the sitemap script which reads the posts.json file to get records of all posts and converts them into a sitemap.

Like the sitemap script, the rss script reads the posts.json file to get records of all posts. The records are then converted into xml feed format and served through a connect route. The script use the rss module.

Finally, all that was left to do was to create a web server that serves my html files. For the first version I used the native node http module but later switched to connect because it handles routing better and has a number of useful middleware modules.

My blog is hosted on Heroku, I'm using their free tier which provides 5 free Dynos. I'm a much happier blogger now that I have moved away from WordPress - I get to hack on my blogging engine wherever I am not writing.

My blogging engine is opensource so feel free to fork it: https://github.com/qawemlilo/blog and do whatever you want with it. The documentation is a bit out of date but will update it when I get some free time.

Prev Next
comments powered by Disqus